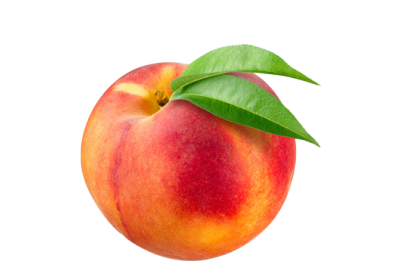 Peaches were one of Louis XIV's favourite fruits. He grew 33 varieties in the gardens of Versailles.

Peaches originally come from China, where peach stones, identical to those we know today, have been found that date from 1500–1000 BC. Later, peaches took the Silk Road, becoming popular in India, the Middle East and then Europe, thanks to the Greeks and Romans.

Peaches have been cultivated in France since the sixth century, particularly in Occitanie, which is where we get our supplies from!

Find Peach in our products