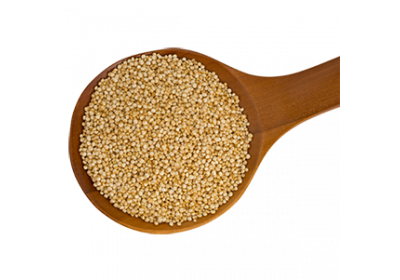 Quinoa is considered a 'pseudo-plant': although its seeds are used as cereals, quinoa is not a grass. It is actually part of the same family as spinach and beetroot. Quinoa is rich in protein and fibre. There are more than 120 varieties, the best known being white, red and black quinoa.

Quinoa was originally cultivated by the Incas. Spanish settlers banned its cultivation, as they couldn't make bread with it, and replaced it with wheat and barley. It wasn't until 1970, nearly four centuries later, that quinoa made a big comeback in the West.