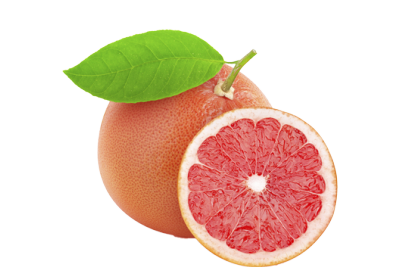 In the early 1980s, the famous 'Hollywood diet' (a weigh-loss diet based on grapefruit) became very popular before losing its reputation because no scientific study has been able to validate its weight-loss claims.

Grapefruit has been consumed in Japan for more than 4000 years to purify and hydrate the skin.

Towards the end of the 17th century, grapefruit seeds were introduced to Barbados, then to the West Indies and, in 1800, to Florida. Often confused with pomelo, grapefruit is rich in vitamin C.