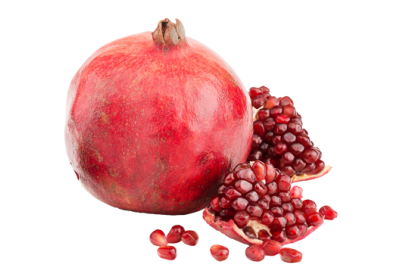 In the past, the seeds of pomegranate were used to make ink and its skin to make dye.

Pomegranate is a refreshing fruit filled with small ruby-coloured seeds, called arils, that have a sweet yet tangy taste.

Cultivated for 5,000–6,000 years, it is native to the Middle East. Thanks to its thick skin and very juicy flesh, it soon became a staple for travellers and caravan drivers. The Moors introduced it to Spain, where it gave its name to the city of Granada (the same word in Spanish).

Find Pomegranate in our products 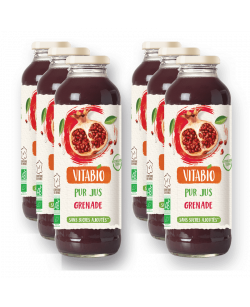